The Habits of Termites and the Modern Ways to Exterminate Termites 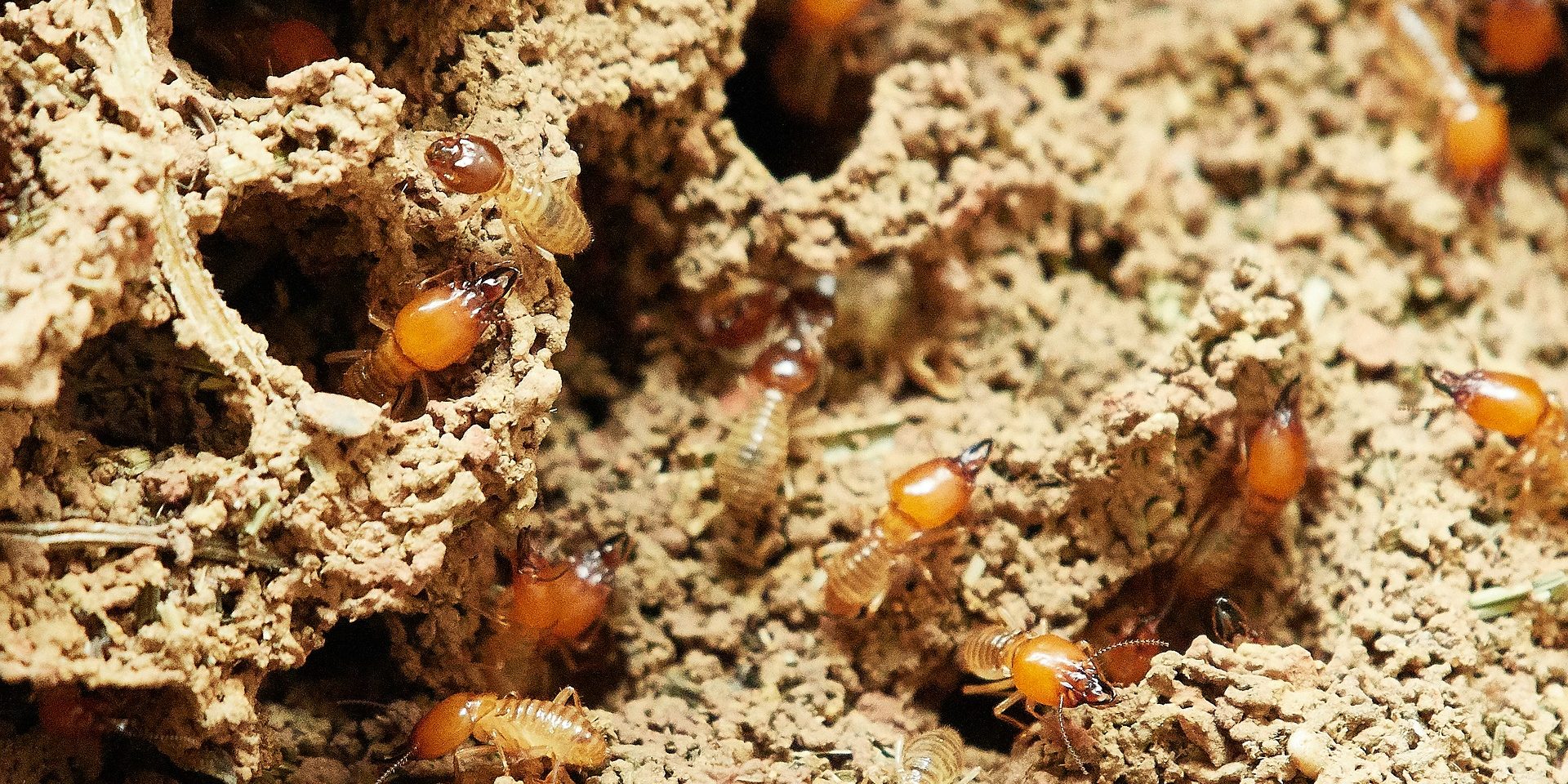 Termites cause headaches to homeowners across Australia, no wonder everyone wants to exterminate termites. Every year, homeowners suffer serious losses from the unexpected infestations and damage they cause. No matter how much effort you exert into making sure they stay away, termites can some back unless professional termite treatments are used, which includes protection, treatment and detection systems – so you can beat them before they eat their way through your home. For many years, pest control specialists have found that the best way to exterminate termites is to know about their nesting, eating, and social habits.

The formulation of old, toxic pesticides is noticable to termites, and they have learned to avoid coming into contact with them. Because of this, termite pest control experts have improved their treatments to make sure termites don’t avoid the chemical they’re coming into contact with, or smell the chemical in advance. The new formulations are stronger as well. This also makes them more effective, and the pesticide takes effect quicker than the older formulations.

Termites socialise in large colonies through a specific scent

Unlike some pests that are gifted with sight, termites can only follow groups through scent. They communicate through the use of pheromones (chemical receptors) and vibrations on surfaces. Each termite colony has its own scent, making it easy for termites to recognise members of the colony as well as who to follow in a certain direction. The chemical that each termite secretes allows for giving directions, marking food trails for easy gathering, and even for danger warnings ahead.

Like most insects, termites form colonies that are organised using a social structure system. They have a King, Queen, soldiers, and workers. Soldier termites work to defend workers as well as the King and Queen from enemies that may destroy the nest or hinder the food gathering process. These soldiers may also secrete specific types of chemicals that may harm or subdue soldiers from other colonies that may eventually poison or kill them. Worker termites, on the other hand, are termites given the task of feeding other termites along with digesting cellulose from wood products. They typically form lines and then pass the food from one termite to another using their mouths. Workers also make use of chemical signals to warn other worker termites of caution or direction.

Termites favour warmer areas than the colder ones. Spots like these are usually the number one place that pest control specialists check during the inspection. These termites are those that usually nest in the house or property interiors. However, some termites prefer to go unnoticed and build their nests below the ground. These colonies create their underground community by digging below the ground and storing the Queen’s eggs as well as the food they’ve gathered there. When termites build their underground colonies, it makes it difficult for exterminators to find them, making it an option for termites whose colonies have been subjected to pest control before. Termites also seek water – so any leaks in walls or ceilings may become a magnet for a termite invasion.

If you’ve ever wondered why termites can do so much damage in a small amount of time, then you’ll be surprised to know the fact that they never sleep. This behaviour of termites also support the fact that they can cause considerable damage in a very short space of time. Termites live to do their duties as part of each colony 24 hours a day until they eventually die. And their lifespan is longer than the normal insects. In fact, a termite queen may live until 30 to 50 years and can produce up to 10 millions eggs each year.

Hire a professional to exterminate termites

It’s important that every homeowner invests time and effort to exterminate termites – and fast detection and treatment is vital to reducing the damage they cause. To make this easier, hire highly reliable termite control experts whose skills do not rely solely on tracking and exterminating them, but preventing further damage. Eliminate the risks of termite damage by contacting a professional today!

The Differences Between Ants and Termites
10 June, 2022

Your Quick Guide to Dealing with Bites and Stings
10 May, 2022