Spiders In The House: What Should I Do? 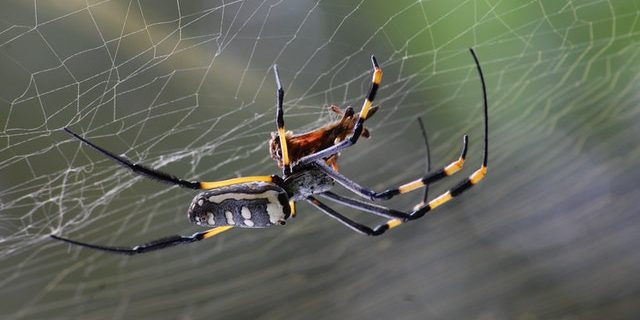 Spiders, in general, create fear and panic among most people. These creepy crawlies, as some would call them, are visually terrifying. The last thing anyone wants is spiders in the house. Let’s talk about some actions you can take today to reduce the chances of playing host to our arachnid friends.

In almost every Australian home, seeing spiders is a natural occurrence. While their presence is common to us, it doesn’t have to cause panic and worry in the household or property. The key lies in identification and awareness. The good thing is, most species of spiders we encounter aren’t deadly or venomous.

One of the most common spiders inside a household is a Black House Spider. They rarely bite humans, but when they do, it is often accompanied by heavy sweating and pain on the bite’s site. Most of the time, black house spiders are found in garden sheds, brickworks, gutters, and eaves.

If you find yourself unfortunately bitten by one of these black house spiders, don’t wait for the worst or for the venom to take effect, seek medical assistance immediately.

Surprisingly, these spiders can prey on mice and birds. However, despite such a terrifying appetite, the huntsman spider is frightened easily. They are notable for their agility, especially when hunting prey.

Among their most notable characteristics include being almost impossible to catch, being low-risk, exhibiting non-aggressive behaviours, and are non-toxic to humans.

Unlike the traditional anatomy of a spider, the daddy long legs spiders don’t have a segmented body. They only secrete a venomous substance that is poisonous to small animals or other species they consider as prey.

You can commonly find the daddy long legs in ceilings, cupboards, windows, walls, and under houses. You can prevent these species from residing in your home simply by cleaning regularly.

A famous song from Slim Newton mentioned that there’s a redback on the toilet seat. And why wouldn’t this dangerous spider deserve it’s own song? The redback spider is known to many for being lethal especially when they are disturbed, so it is a must that you call for medical assistance. Commonly found in the outdoors and other dark areas such as letterboxes, rubbish, subfloors, and empty cans.

Moreover, a professional exterminator is needed for an accurate identification and extermination of this species of spider especially if they are frequently spotted around your property.

The Differences Between Ants and Termites
10 June, 2022

Your Quick Guide to Dealing with Bites and Stings
10 May, 2022